The extreme ultraviolet imager, EUI is 1 full year in space in its VIP seat behind the heath shield from where it peeks through a hole at the Sun. The EUI team worked hard to get down the coolest images ever.

One milestone - before launch

The challenge to get the best, started already when EUI was still on Earth. There were some 'issues' with the high resolution telescope HRIEUV which sharpness was not as expected. In such situations, when time is ticking and you have to stay on schedule, one has to think fast, one has to be pragmatic, cleaver and inventive. Frédéric combined these skills which resulted in a magic trick with a bucket of Scotchweld 3M 2216 glue. No idea what he exactly did, but the result was an instrument with a very sharp look.

Another milestone - after launch

Once the instrument is in space, the testing in real space conditions starts. Emil threw himself on this task: 'This basically means that you tell the instrument to take images using certain settings and filters, such that we learn how to take the best possible images. When the science phase of the mission starts, we should know all about EU up to the smallest detail.'

Still more - down to Earth

Taking pictures is 1 thing. Getting pictures down to Earth is another thing. David explains: 'The communication with the distant Solar Orbiter satellite is limited and difficult. We have a complex computer onboard that manages for us which images to take at what time. Like every computer, also the EUI computer needs input and delivering that input in time litteraly across the planetary system is taken up LOTS of our time.'
But time to work on this problem is the least. If you are with more, the time to work on it increases. But this rule doesn't apply on the telemetry available to send data down.
The EUI team has to share the Solar Orbiter band width with other instrument teams. EUI is not alone on Solar Orbiter. The EUI team had to make sure that the EUI data fitted the part that was assigned to them. But at the end, it all worked out fine and pictures can go down.

Once the highly compressed telemetry data is down, these data packages need to be transformed into solar images and movies. Emil is also involved in this and keeps himself busy with setting up data pipelines in which he puts in highly compressed data and gets out images. Scientists on their turn 'play' with images, look at them up side down, try to make scientific sense out of it.


This is a snapshot of the movie in which scientists went wild: 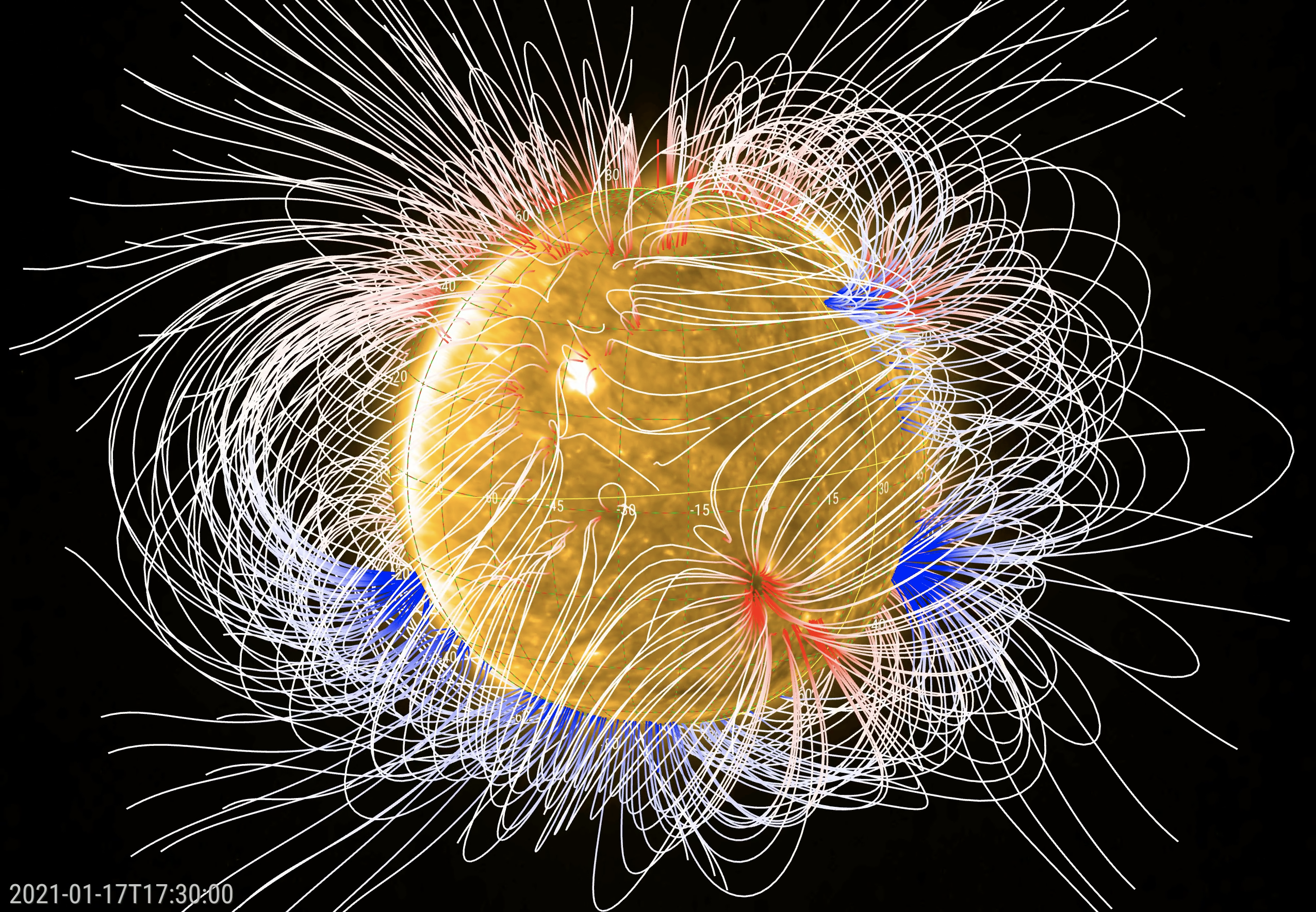 
Frédéric, Emil and David were of course not alone. They are part of a team in which all sorts of talents and expertise is gathered. Everybody: 'It has been a busy year. But it was worth it, also because EUI discovered tiny campfires. The campfire images are the result of a complex chain of engineering, IT and scientific processes and we all are part of this!'


Space Weather is 'in' and more and more organisations want to learn about it. They are right to do so.


Solar storms drop their energy in the Earth's magnetosphere and atmosphere and as such lie at the basis of space weather. Technology that relies on satellite navigation and radio wave propagation can be impacted by space weather, as well as large energy transport systems like electrical grids. Harmful radiation at flight altitude can increase when a solar storm hits Earth.


We just finished a crash course 'Introduction to Space Weather'. Six USAF participants were submerged into the world of sporadic and massive eruptions of highly energetic matter and radiation from the Sun and into magnetospheric and ionospheric processes to finally dig deeper into space weather parameters relevant for aviation. 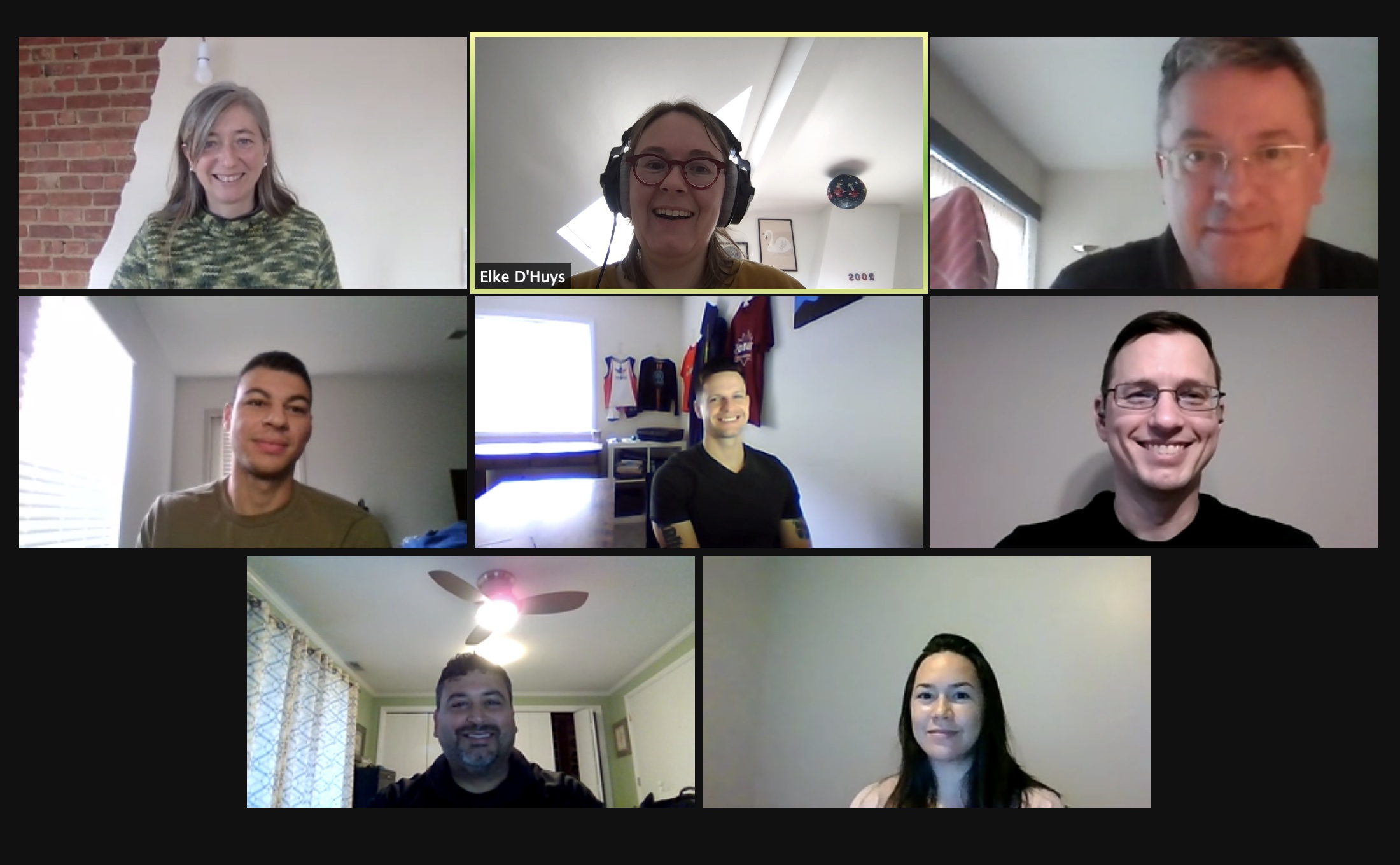 All participants passed the test with excellent scores and got their certificate. Congratulations Kalie, Anthony, Donald, Jacob, Miguel and Raymond!


The solar activity was at very low level. The week started with a spotless solar disk. On Feb 8th a new faint bi-polar active region emerged close to the south-east limb. It was detected by Catania as sunspot group 71 on Feb 9th and decayed into a plage on Feb 10th. The flaring activity remained below C-class flare level.


No Earth-directed Coronal Mass Ejections (CMEs) were observed in the available chronograph imagery for the entire week. 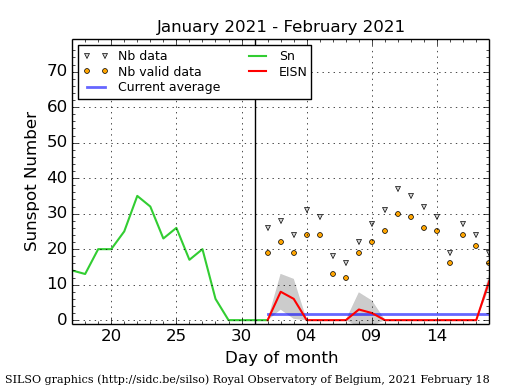 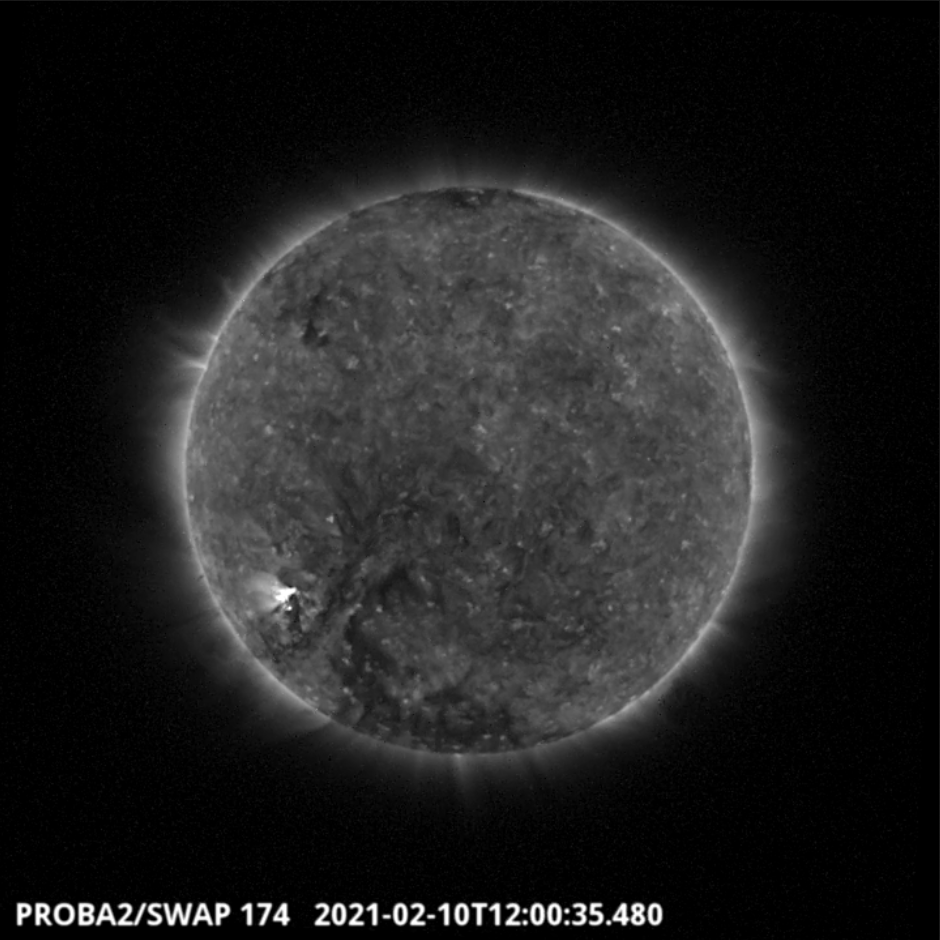 The largest flare of the week was a B6 flare, which was observed by SWAP and LYRA on 2021-Feb-10. The flare occurred in the south-eastern quadrant of the solar disk, as shown in the SWAP image above taken at 12:00 UT.
Find a movie of the event here: https://proba2.sidc.be/swap/movies/20210210_swap_movie.mp4 (SWAP movie)


A high speed stream (HSS) emanating from a positive polarity coronal hole, reached the Earth on Feb 6th. The DSCOVR and ACE satellites in the L1 point measured speeds exceeding 500 km/s on Feb 7th, Feb 8th and Feb 9th.
The solar wind began to settle down on Feb 10th and remained at nominal levels on Feb 11th and Feb 12th.
In the evening of Feb 12th another HSS related to a high-latitude extension of the southern polar coronal hole reached the Earth. The total interplanetary magnetic field strength reached 15 nT around 02:30 UTC on Feb 13th. The north-south Bz component reached -14 nT. The solar wind velocity exceeded 500 km/s with a maximum of 551 km/s. The geomagnetic effect of this HSS began to subside from Feb 14th.


The Space Weather Briefing presented by the forecaster on duty from Feb 7 to 14. It reflects in images and graphs what is written in the Solar and Geomagnetic Activity report. 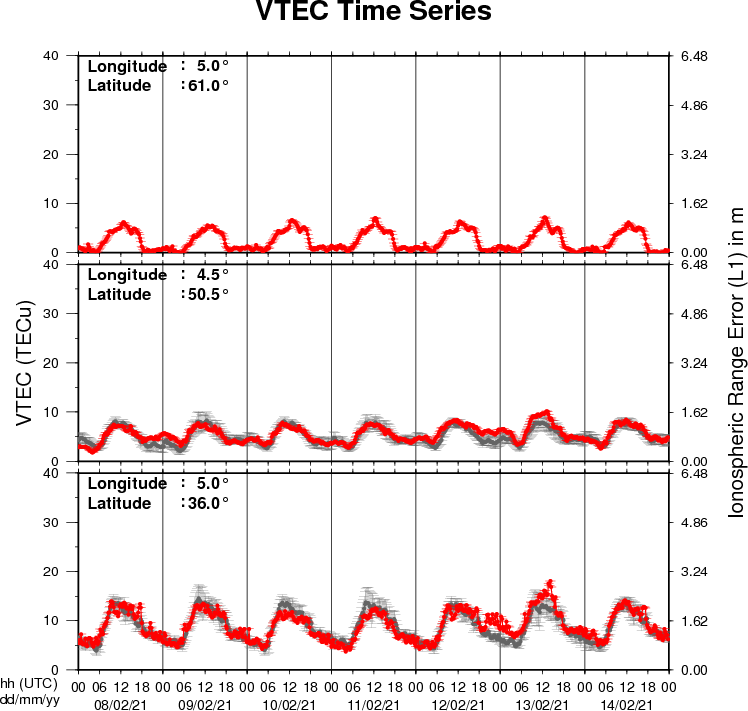