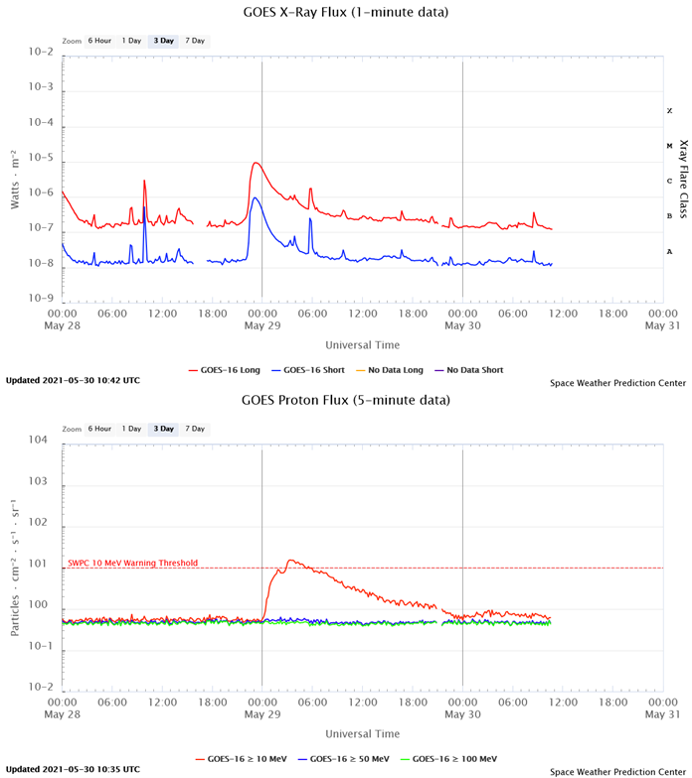 The source of this C-class flare and associated proton event was active region NOAA 2824, a small and decaying sunspot region located N21W63 at the time of the eruption. Its location in the western hemisphere favored a good magnetic connection with the Earth, a typical situation for proton events. An arcade, a series of post-eruption coronal loops could be seen rising over the blast site (see the annotated image in the SDO/AIA 171 imagery). A coronal mass ejection with a plane-of-the-sky speed around 880 km/s (CACTus - http://www.sidc.oma.be/cactus/ ) was observed off the west limb in SOHO and STEREO-A coronagraphic imagery. An earth-directed component could not be excluded and may affect the earth environment on 1-2 June. 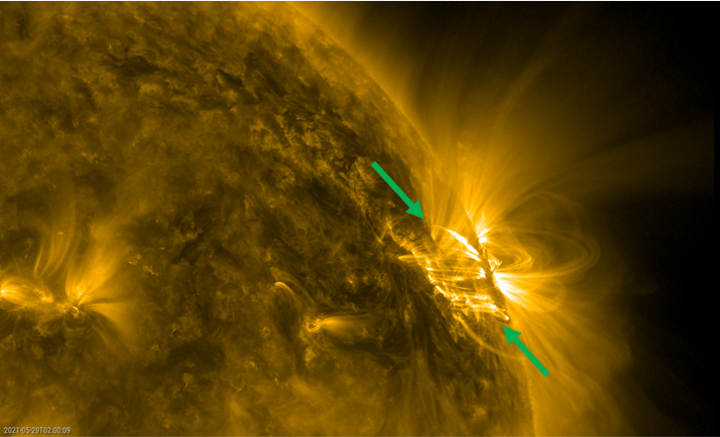 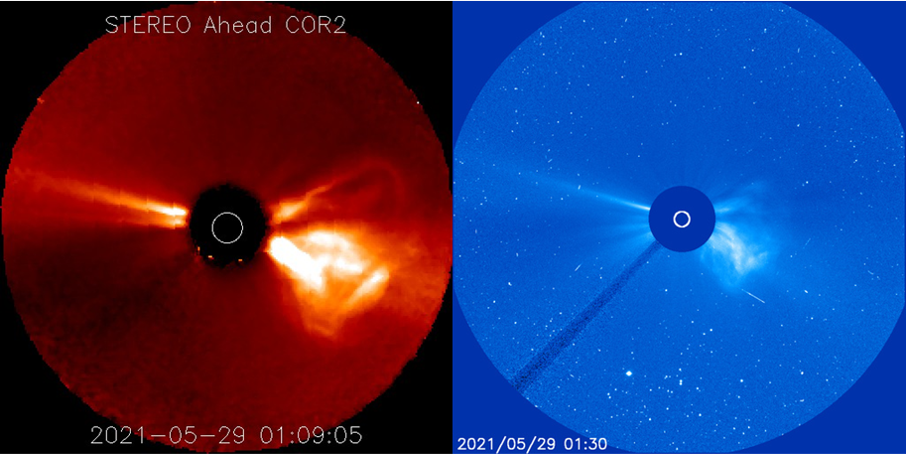 This is the first proton event since 10-11 September 2017, and the first for SC25. Underneath per year the number of proton events binned per peak intensity corresponding to the NOAA scales S1 to S4 (based on the NASA/GSFC list at https://umbra.nascom.nasa.gov/SEP/ ). There hasn't been any S5 event (peak flux > 100.000 pfu) since systematic GOES measurements started in 1976. More information on the intensity, classification and space weather effects of proton events is in this STCE Newsitem at https://www.stce.be/news/233/welcome.html 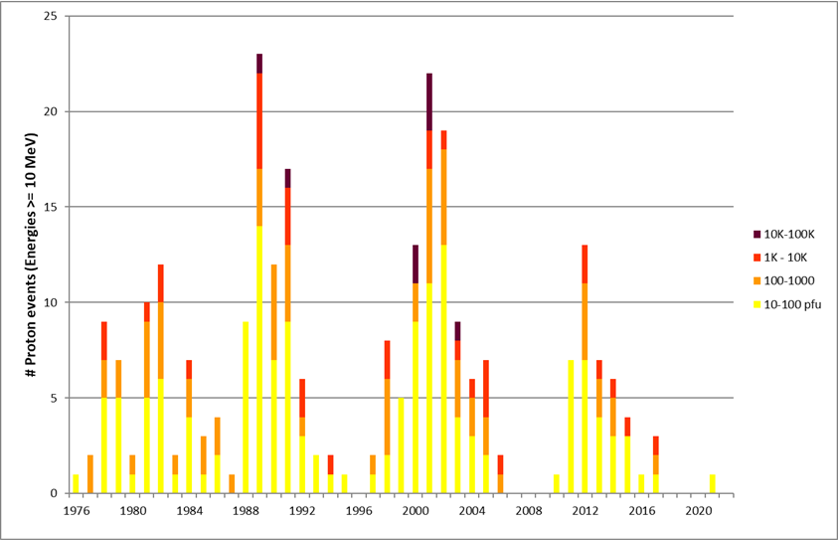 
On June 10 2021, a solar eclipse will take place. You can watch the spectacle when you are on the right place, at the right time and when the weather allows. But our telescope SWAP onboard the satellite PROBA2 will anyway witness the solar eclipse, a few times even and regardless the weather.


Specially for this occasion, we organise a contest. We have a quiz in store for you. The correct answers will be hidden in the EUV images made by SWAP during the solar eclipse. 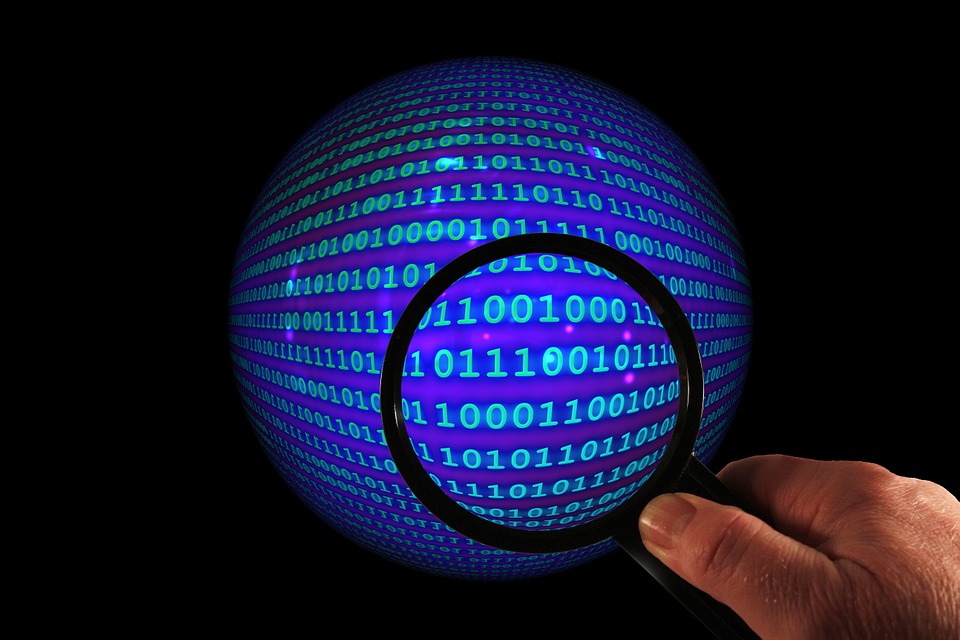 Do your own Poirot image processing to discover more about SWAP's personality and win a VIP treatment on the PROBA2 premises.This activity runs as long as you need to discover the messages.


The USET team in Uccle will also broadcast the solar eclipse, if the weather permits.


Beta-gamma regions NOAA 2824 and 2826 produced 15 C flares from May 26 to 29. The GOES X-ray background flux stayed below B4. The brightest flare was a C9.4 flare released by region 2824, which peaked at 23:13 UT on May 28. This flare was associated with a dimming detected by Solar Demon and a CME towards the West first observed in LASCO C2 imagery at 23:12 UT, with an estimated speed around 840 km/s and a half cone angle of about 50 degrees. 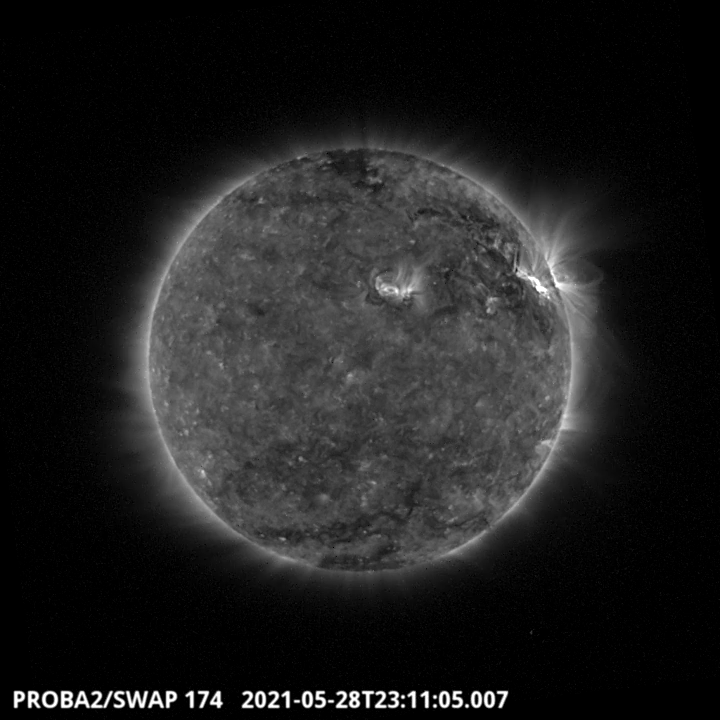 Flows are visible on the North-West part of the solar disk around 23:11 UT on the SWAP image above. They correspond to the biggest event of the week, a C9.4 flare produced by the NOAA active region 2824. Find a movie of the events here (SWAP movie) https://proba2.oma.be/swap/data/mpg/movies/20210528_swap_movie.mp4 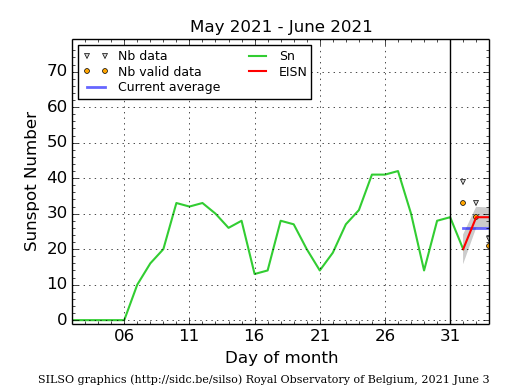 
At 11:35 UT on May 26, a fast forward shock was observed in the solar wind by DSCOVR, with solar wind speed jumping from 300 km/s to slightly above 350 km/s and IMF magnitude jumping from 3 nT to 9 nT. These enhanced solar wind conditions were probably associated with the arrival of the CMEs leaving the Sun on May 22 and 23.
Solar wind speed varied between 360 and 490 km/s for the rest of the week. IMF magnitude reached a maximum of 16 nT on May 27 and ranged between about 0 and 10 nT for the rest of the week.


NOAA Kp was 5 during one interval on May 26. K Dourbes reached 5 during several time intervals on May 26 and 27.


The Space Weather Briefing presented by the forecaster on duty from May 23 to 30. It reflects in images and graphs what is written in the Solar and Geomagnetic Activity report. 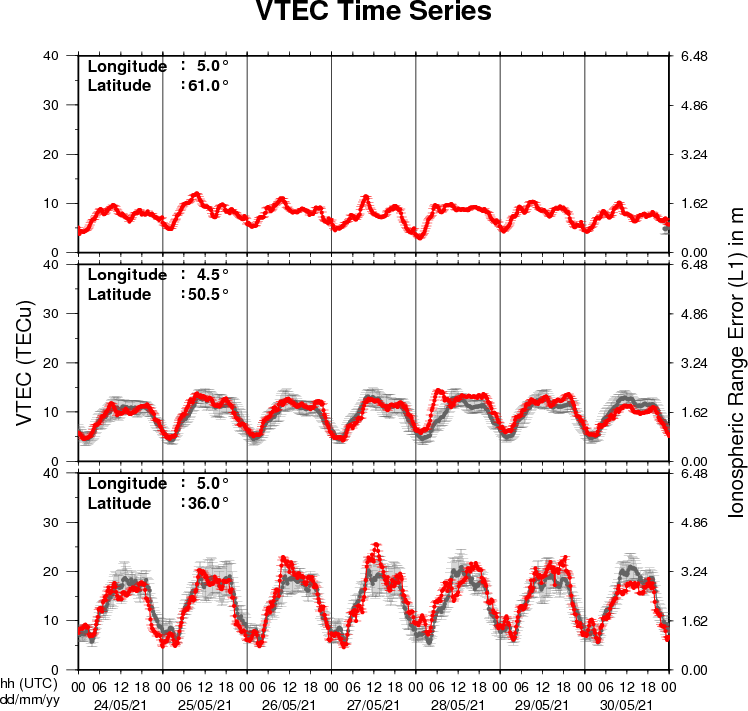