This puzzle is a word search puzzle that has a hidden message in it. The space weather topic is "Magnetosphere".


First find all the words in the list. Words can go in any direction and share letters as well as cross over each other.


Once you have found all the words, copy the unused letters starting in the top left corner into the blanks underneath to reveal the hidden message (11 letters).

Good sources for more information on the words and acronyms used in this puzzle, are the websites of the Royal Belgian Institute for Space Aeronomy (BISA - https://www.aeronomie.be/en ), the website of the Geophysical Centre of the Royal Meteorological Institute (RMI) in Dourbes (http://ionosphere.meteo.be/geomagnetism/ ), and the STCE space weather (SWx) support pages at https://www.stce.be/educational/acronym (SWx acronyms) and https://www.stce.be/educational/classification (SWx classifications). The image underneath shows one of the magnetometers at the Geophysical Centre in Dourbes (Belgium).


This puzzle was created with the Discovery Education online tool at https://puzzlemaker.discoveryeducation.com/ 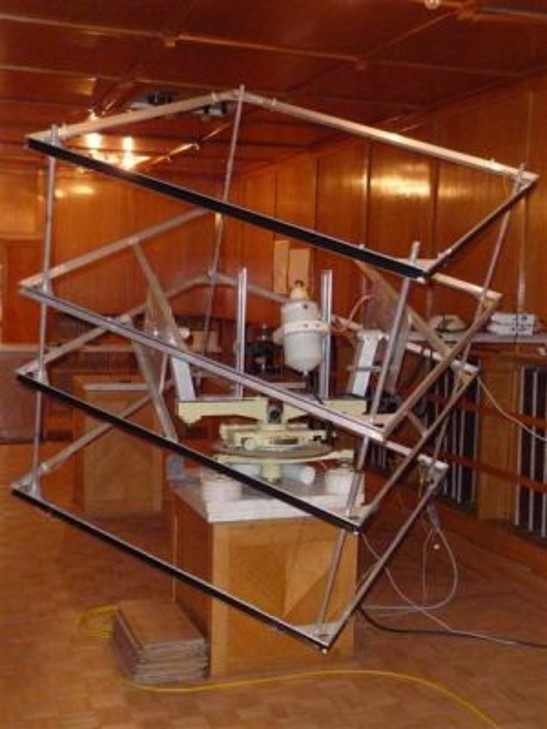 
A number of filament eruptions occurred throughout the week but in all cases, either no associated coronal mass ejections (CMEs) could be identified in coronagraph data or it was too far from the Sun-Earth line to influence Earth. On July 30, a partial halo CME was observed in SoHO LASCO C2 coronagraph images from 02:24UTC onwards. The CME was directed towards the south-east (more precisely it appeared as two component: one towards the south, and one towards the north-east). This CME was assessed as originating from the far side.


The greater than 10 MeV proton flux was at background levels throughout the week. The greater than 2 MeV electron flux went occasionally over the 1000 pfu alert threshold. The 24h electron fluence was at normal to moderate levels with a generally slowly declining trend, following the high speed stream solar wind conditions of late in the previous week. 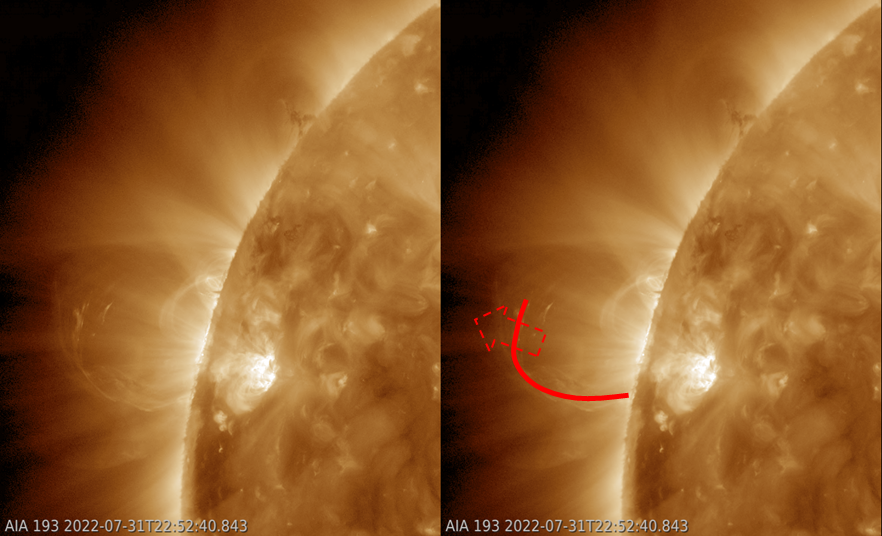 Solar flare activity fluctuated from very low to low during the week.


In order to view the activity of this week in more detail, we suggest to go to the following website from which all the daily (normal and difference) movies can be accessed: https://proba2.oma.be/ssa
This page also lists the recorded flaring events.


If any of the linked movies are unavailable they can be found in the P2SC movie repository here: https://proba2.sidc.be/swap/data/mpg/movies/ 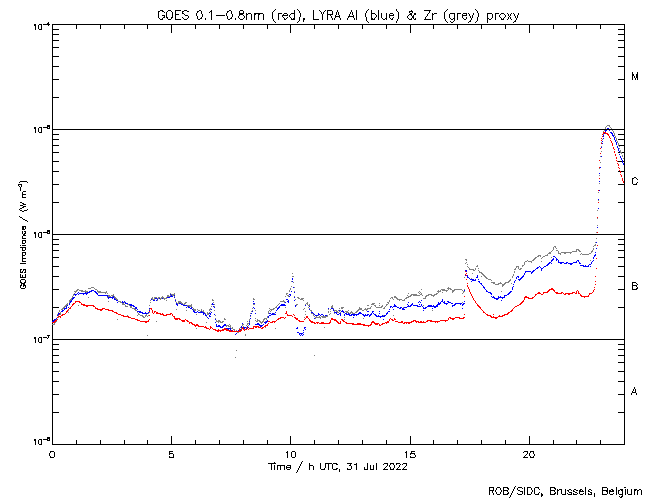 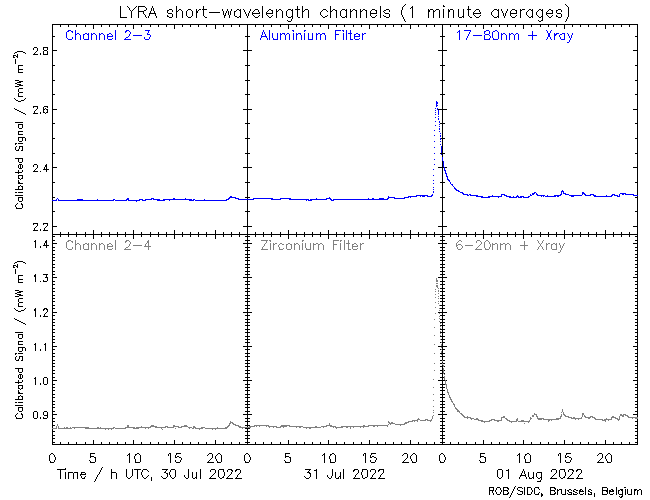 An interesting event occurred between July 31 and August 1 that resulted in the C9.3 flare observed by LYRA, seen peaking in the plots above on the 31st of July at 23:09 UT. 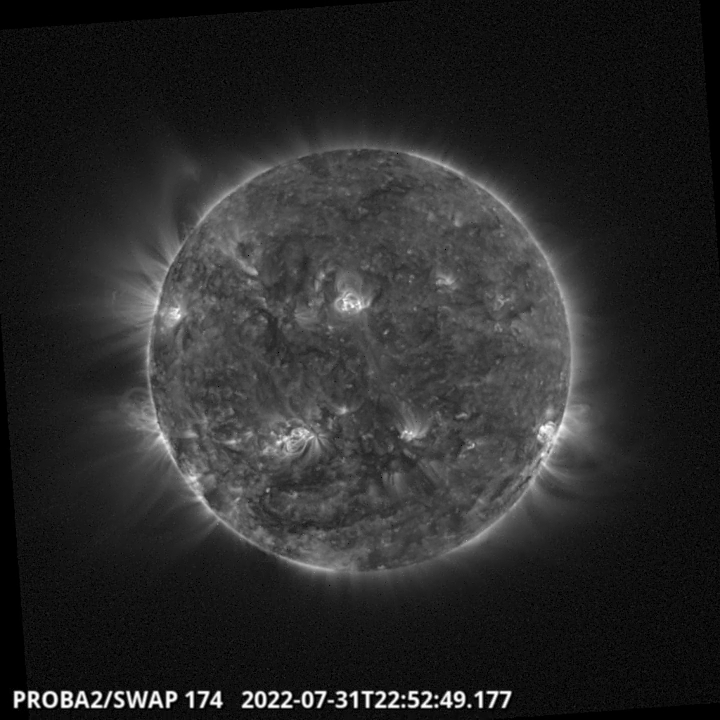 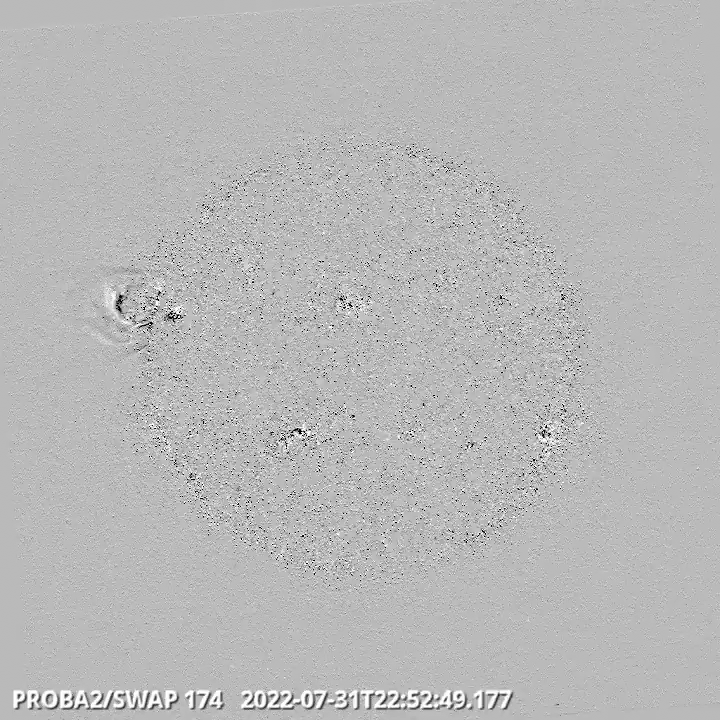 The flare was also observed by SWAP. The flare is visible in the north-eastern quadrant on 2022-Jul-31, as shown in the SWAP images above taken at 22:52 UT. 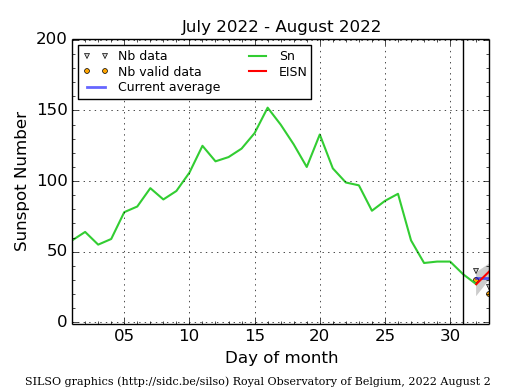 The daily Estimated International Sunspot Number (EISN, red curve with shaded error) derived by a simplified method from real-time data from the worldwide SILSO network. It extends the official Sunspot Number from the full processing of the preceding month (green line), a few days more than one solar rotation. The horizontal blue line shows the current monthly average. The yellow dots give the number of stations that provided valid data. Valid data are used to calculate the EISN. The triangle gives the number of stations providing data. When a triangle and a yellow dot coincide, it means that all the data are used to calculate the EISN of that day.


At the start of the week, solar wind conditions reflected a return from high speed solar wind conditions late in the previous week towards slow solar wind conditions that prevailed during the rest of the week. Solar wind speed followed a gentle decline from around 550km/s to under 350km/s on July 31. DSCOVR recorded speeds over 500km/s during July 26, but this increase was not reported by ACE as can be seen in the comparing graph underneath. We were expecting effects from an interaction region and high speed stream from the isolated positive polarity coronal hole that crossed the central meridian on July 26, but those expected effects were never really recorded. On July 31 there was finally some build-up of the interplanetary magnetic field (reaching 13nT) and solar wind speed started to increase (reaching 500km/s by the end of the day), but a switch into the positive sector (field away from the Sun) never occurred.


The SIDC Space Weather Briefing presented by the forecaster on duty from July 25 to 31. It reflects in images and graphs what is written in the Solar and Geomagnetic Activity reports: https://www.stce.be/briefings/20220801_SWbriefing.pdf 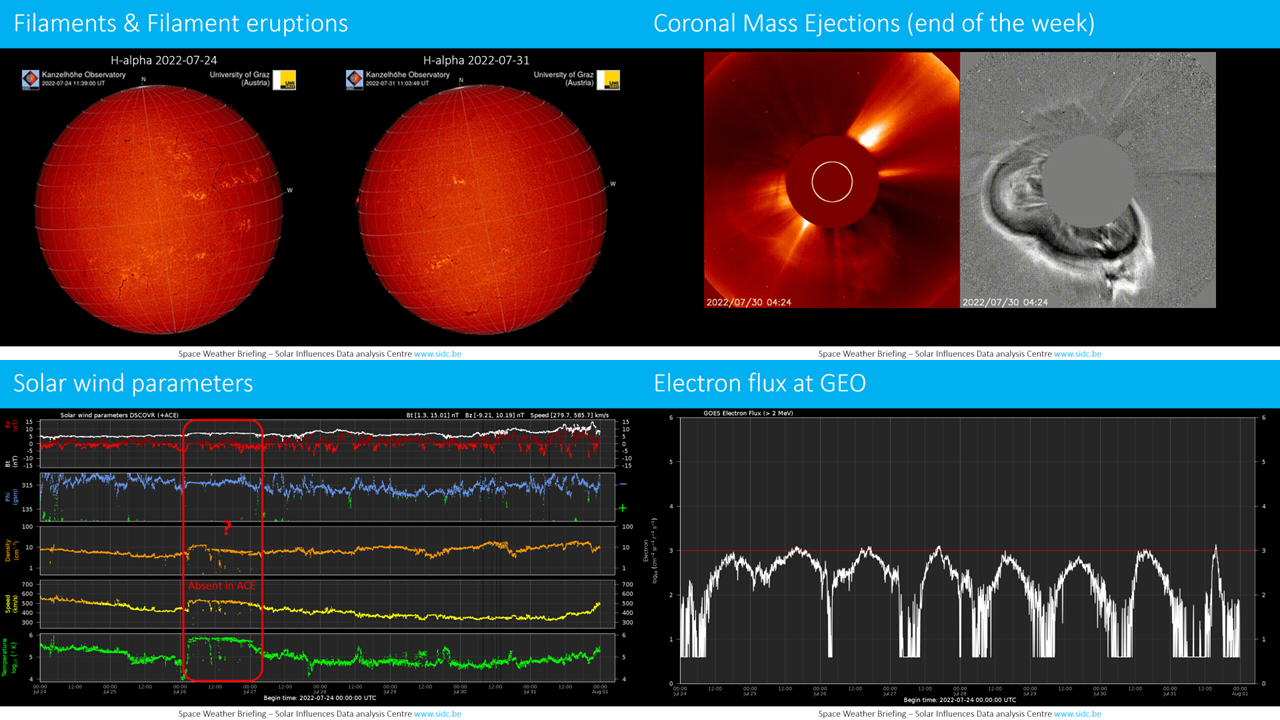 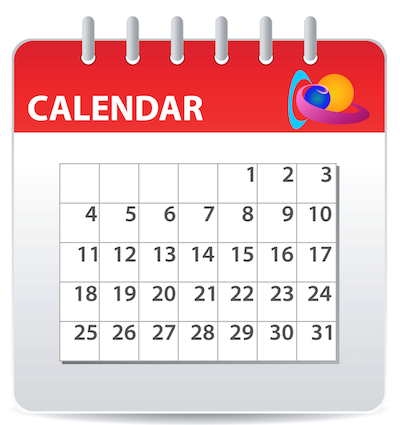